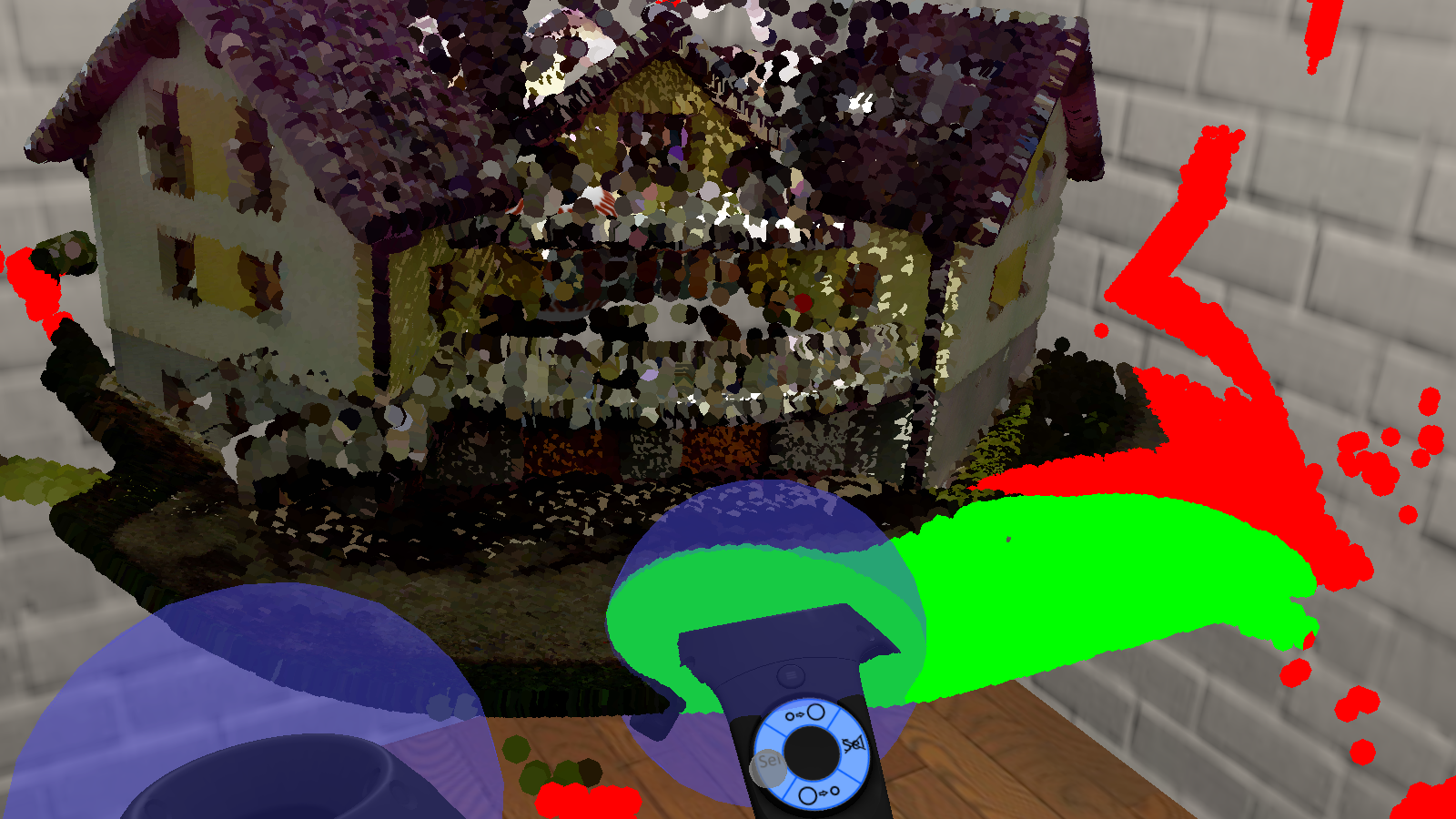 Virtual reality (VR) is now becoming a mainstream medium. Current systems like the HTC Vive offer accurate tracking of the HMD and controllers, which allows for highly immersive interactions with the virtual environment. The interactions can be further enhanced by adding feedback. As an example, a controller can vibrate when it is close to a grabbable ball.

As such interactions are not exhaustingly researched, we conducted a user study. Specifically, we examine:

Several new techniques emerged from the point-cloud editor for VR. The bi-manual pinch gesture, which extends the the handlebar metaphor, is a novel viewing method used to translate, rotate, and scale the point-cloud. Our new rendering technique uses the geometry shader to draw sparse point clouds quickly. The selection volumes at the controllers are our new technique to efficiently select points in point clouds. The resulting selection is visualized in real time.

The results of the user study show that: