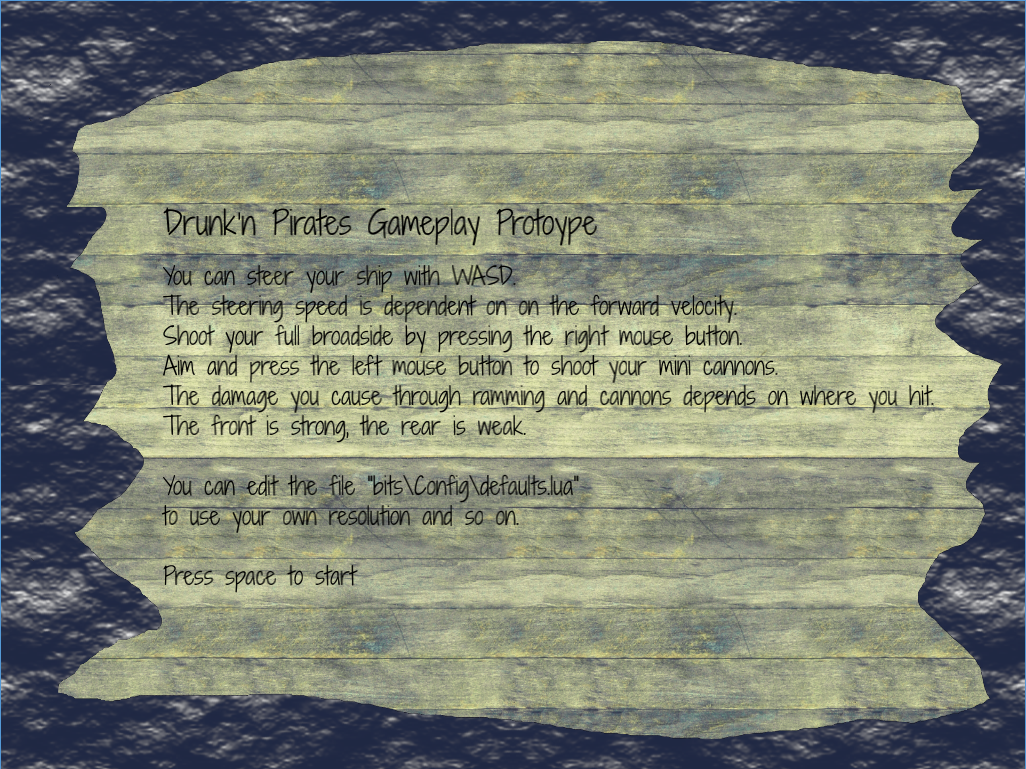 Pursued by a hostile ship 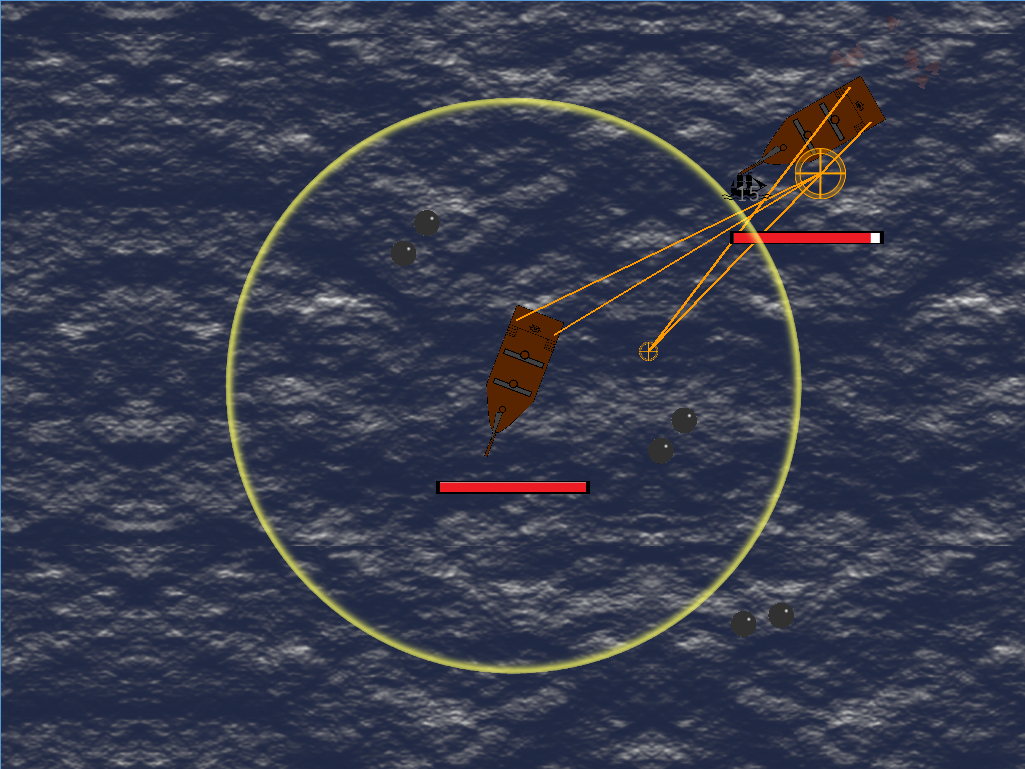 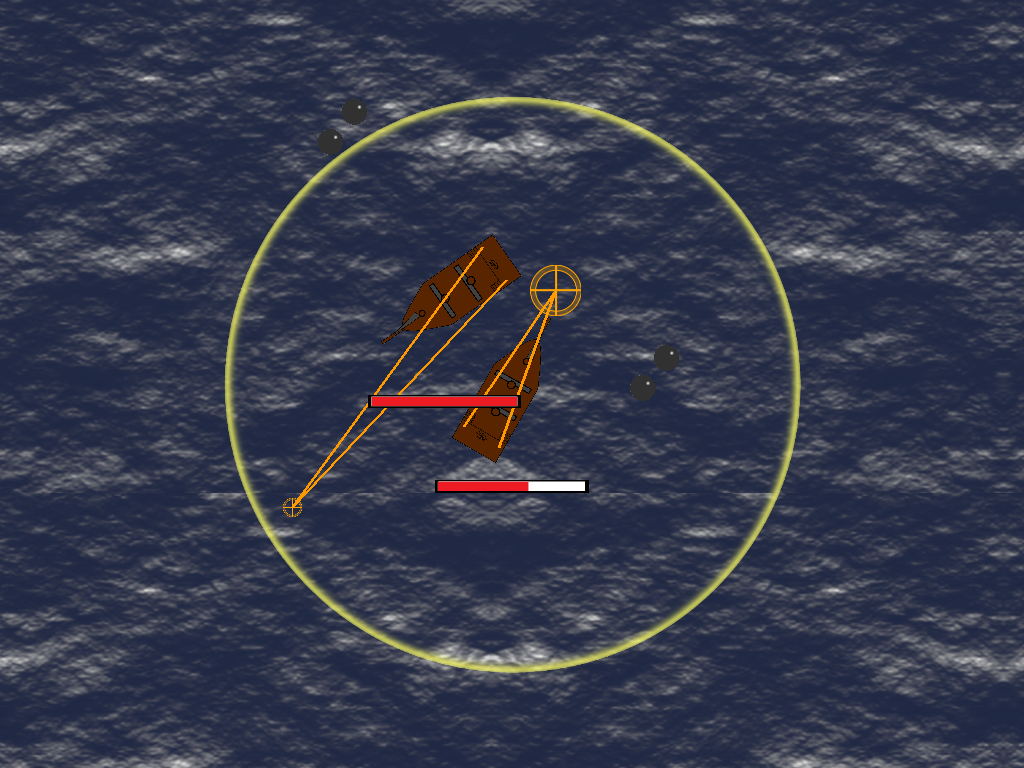 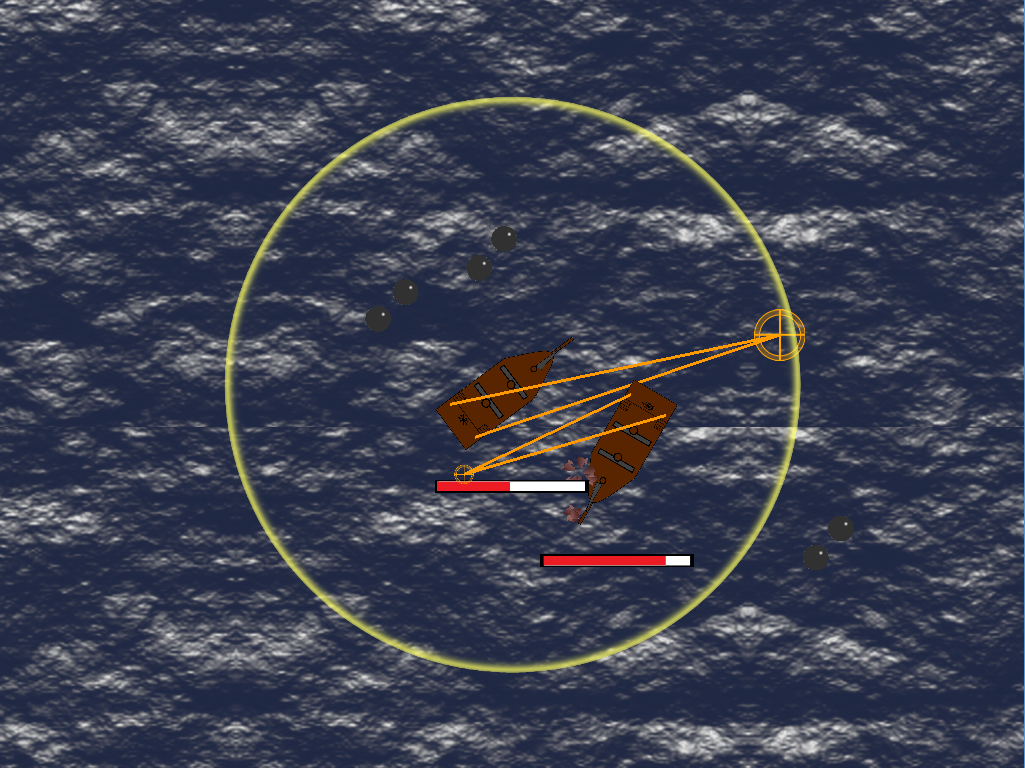 Drunk'n Pirates will be a ridiculously hard and silly game. The main game mechanic are sea fights enabling different tactics like using a heavy broadside, sniping the enemy ships from distance, or simply ram them until they break. Players can choose their ship from all kinds of piraty water vehicles, beginning with a submarine (a barrel with a pipe on it) and ending with a giant dreadnought. You can also upgrade the different aspect of your ship to make it fit better your style using the ultimate currency in a pirate's world - rum. Gather a nasty, bearded and powerful crew to hijack other vessels. And last but not least: Become the lord of the seas by doing the epic quest of the mighty Mensa-Monster.

That's a lot of promising stuff, isn't it? That's why it will take some time to get finished.

Do you want to participate? Write an e-mail. I'm looking for support, especially for graphics.

This gameplay prototype shows the main gameplay (steering and shooting) of the game. Note that this prototype does not represent the final quality. It's just a test. Now a bit beautiful and with music and sound effects!

Steer with WASD. The steering speed is dependend on on the forward velocity. Shoot your full broadside by pressing the right mouse button. Aim and press the left mouse button to shoot your mini cannons. The damage you cause through ramming and cannons depends on where you hit. The front is strong, the rear is weak.

Tech Race - Gather rum for destroyed enemies and spend it on ship upgrades before each wave.

Hardcore - You, your enemies in increasing number, and nothing else. Destroy as many as you can.